Matt Miller, Ashland Mayor, welcomed everyone to Ashland. He told of the shopping opportunities and other events that are happening in Ashland. He also spoke about the “importance of your word.”

Justice presented an American flag that was flown over the State House on Friday, April 22, 2022 to Nathan Heath, front desk manager. Darrell D. Kick, state representative of Ohio’s 70th House District, arranged the flag presentation. Justice read a letter from Darrell Kick, which ended with “Thus, it is with sincere pleasure that I commend the Ohio Federation of Business and Professional Women’s Clubs on returning and salute you as one of Ohio’s finest organizations.”

One of McCready’s themes was Recycle, Reuse and Reduce. There were 24 entries in the creative centerpieces contest. Centerpieces were made of a minimum of 75% recycled/reuse materials. Judges were Nancy Earick, education coordinator with the Ashland County Solid Waste District, and Scarlet Raines.

Nancy announced the winners at the Saturday banquet.

David Spreng, retired teacher, led two nature walks. There were seminars about Managing your Mindset and How the Board of Elections Functions.

Keynote speaker was Chelsea Clark, owner/operator of a STEM LAB in Blue Ash. There was also a portrayal of “Victoria Woodhull.”

Resolutions were approved for 1. Removing the deadline for ratification of the Equal Rights Amendment and publishing by the Archivist, 2. In favor of Ohio State Senate Bill 90 (SB90), a bill to make strangulation a felony in Ohio, 3.  BPW of Ohio oppose the overturn of Roe v Wade.

Nancy Young led a memorial service to members who died in the past year.

Courtesy Resolution encouraged members and guests to thank the entire Conference Committee chaired by Roberta Weiler for an excellent conference. Husband Wayne was also mentioned because of his help to the committee.

Forget Me Not Garden Club

The Forget Me Not Garden Club met Thursday, May 26 at Ashland University for a tea party. All members arrived wearing homemade hats.

Janet Boyd was the hostess. The table was decorated with pink and green flower candle arrangements, various teapots and white favor boxes filled with candies and packets of flower seeds.

Janet greeted members with a reading from the book titled Tea Among Friends.

We then had deli sandwiches, pasta salad and fresh fruit salad.

Games were then played of Guess What Is In The Bag, and What’s on the Tray with prizes given to winners. Members then voted on the prettiest hat, funniest hat, and most unusual. Winners were Sue McGinty, Vicki Baer, and Tommie Johnson.Gift bags were given to each winner.

A business meeting with President Kyle Jacobsen announcing our meetings will be moved to the the last Monday of the month because some members cannot attend on Thursday.

The next meeting will be held Monday, June 27 at Brookside Park for our annual salad supper. Day trips were discussed with several suggestions- Kingwood Center, Riverfront Art Festival and Hilliard, Ohio. Sue brought in ornamental garlic plants to share with members.

Tue Jun 14 , 2022
[ad_1] The TRENDnet TEW-921DAP AX1800 Dual-band Wi-Fi 6 PoE+ access point is an expensive version of the entry-level Netgear WAX214. It does have more to offer, though, such as additional operation roles, extra SSIDs, and faster overall Wi-Fi throughputs on the 5GHz band. Still, while for the current street price […] 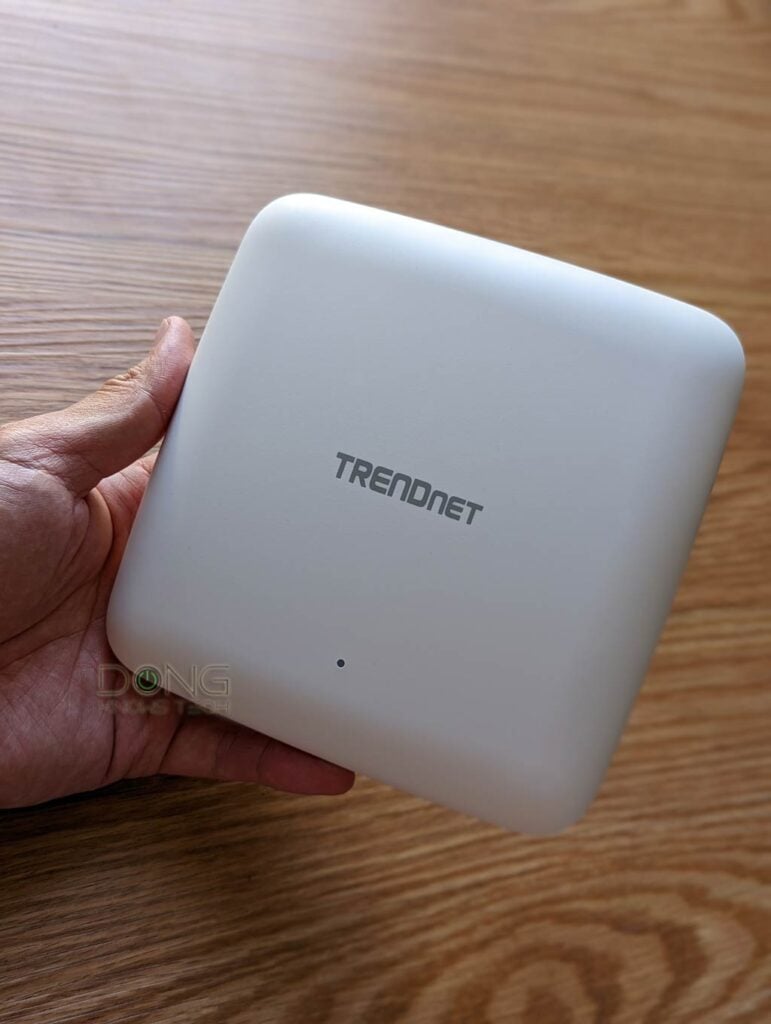